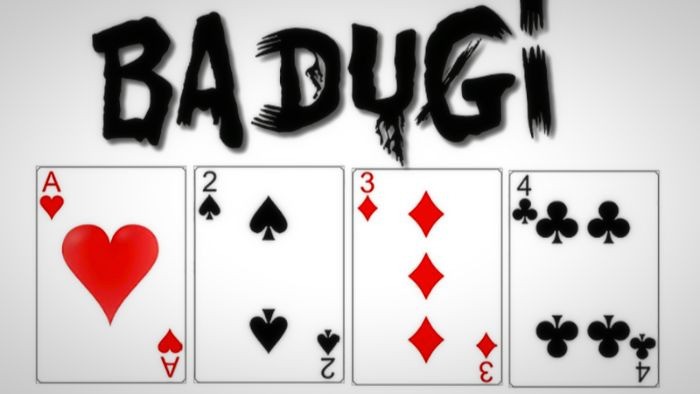 Badugi is a Korean variation of poker with four pocket cards. The name translated from Korean means “spotted dog.” “Spotting” of winning combinations – all cards in the final hand must be of different values and suits. Despite its Asian origin, Badugi combines two traditional American games: Razz, where the lowest-value hand wins, and Lowball 2-7, where players can exchange their pocket cards on any of the three streets of trade. The result is a complex game with a high influence of luck – the opponents almost always have a chance to collect a monster combination during an exchange.

The Peculiarities of the Gameplay of Badugi Card Game

According to Badugi rules, combinations with lower cards are stronger than combinations with higher cards (fore example, Flush). The game takes into account not only the seniority of the cards but also suits – when repeating suits or denominations, one of the repeated cards in combination is excluded. The lowest card in Badugi is an ace. Therefore, the best possible combination is off-suit A234, which is also called the best Badugi. The term “Badugi” in the game means any hand of four non-repeating cards of different stripes. If the players are unable to collect “Badugi”, they play with three cards or less. How to determine who won the showdown:

In general, the tactics of how to play Badugi is similar to a 2-7 triple draw poker. Although, there are two serious differences: firstly, the Badugi game is played with only four cards, and secondly, the hand rankings is slightly different.

Badugi has the same betting rules Texas Hold’em. This card game has a small and a big blind, and the dealer’s chip determines the order of turn. With each new distribution, the dealer chip moves clockwise, and the players’ positions shift accordingly.

After each exchange, another round of trading takes place. At the end of the third and last round, the players show the collected combinations.