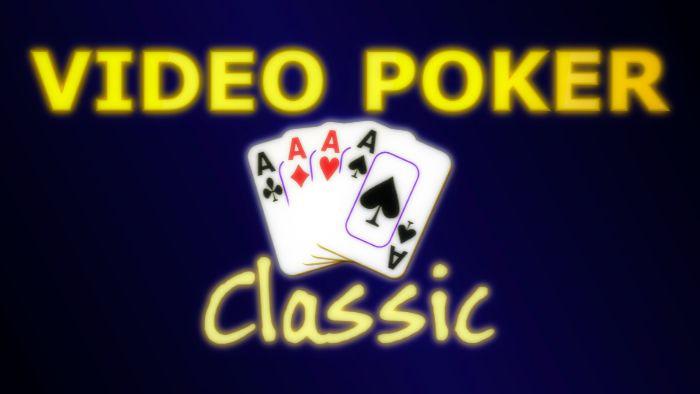 Some Poker players like playing alone, when no one disturbs them. However, this game often involves many people: it does not let certain gamblers to concentrate on the process, and they start making mistakes.

Thus, this group of players consists mostly of those, who finally pick slot machines, but these guys should also learn how to play Video Poker, and even get a Royal Flush combination there.

All you need to know how to play Video Poker

When a gambler is eager to learn how to play Video Poker, he can simply find an online casino that has slots with the Demo version of this game. Playing it for free can become the simplest way to understand how to play Video Poker and win. Using a no-money variant of this entertainment, a player does not feel stress thinking about a possible loss constantly. As a result, he manages to see all the moments he would never notice when gambling.

As soon as Video Poker is the same card game (variants) as a real Poker, the rules remain the same as well. The differences appear when a player chooses an online or a land casino. With an online version, he uses credits or plays for fake money in a Demo mode. With a land-casino variant, he uses special chips he has to buy beforehand (no offline casino has free games).

Using buttons (in both variants), the player decides which of the cards (after he gets them automatically) he wants to leave. In a case, when he changes cards and gets a good hand, he wins. If he does not have a strong combination, he loses.

A newbie can learn first how to play Jacks or Better Video Poker as it is one of the simplest game variants. The strategy here is not complicated as well. One should hold a pair or another winning combination. In a case when it is not possible to make a combination to win with, it is recommended to hold 4 cards with the same suit or 4 cards in sequence (like Jack, 10, 9, 8). If it is also impossible, the highest card should be held or all the hand has to be exchanged.

Deuces Wild strategy differs a bit. Here, deuces become Wild cards (jokers). Here, to get the initial bet back, a player needs at least 3 cards of the same rank and at least a Straight Flush to get a modest win. Slot machines of this series have the greatest potential for winning, and therefore, they are popular among professional players.

Before starting the game, it is recommended to learn the following:

The general rule for any type of Video Poker is as follows: always set a maximum bet. The card replacement strategy follows a few general rules. If cards made up the finished combination: Flush with variants, Full House, all 5 cards must be held. If a player does not have four cards of the same suit, four consecutive cards, three consecutive cards of the same suit and no high cards, all 5 cards must be replaced.